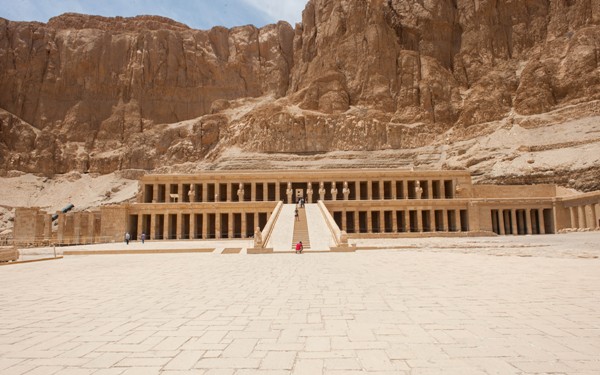 Is the temple of the commemoration of Queen Hatshepsut in the monastery of the sea. The ancient Egyptians called it the Bridge of Amun, the holiest shrine of Amun. The temple was built by the architect “Sinnamot” in a distinctive style consisting of three balconies. The temple is famous for its sacred birth of Hatshepsut and its construction of Amun, as well as the details of its famous journey to Puntland. The temple has several booths, most notably the ones devoted to Hathor and Anubis. The temple inscriptions clearly show the manifestations of domestic and religious hostility through the deliberate distortion of the images of Hatshepsut by Thutmose III, and the distortion of the images of Amon by the priests of Aton.

One Reply to “The Temple of Hatshepsut in Deir El Bahari”