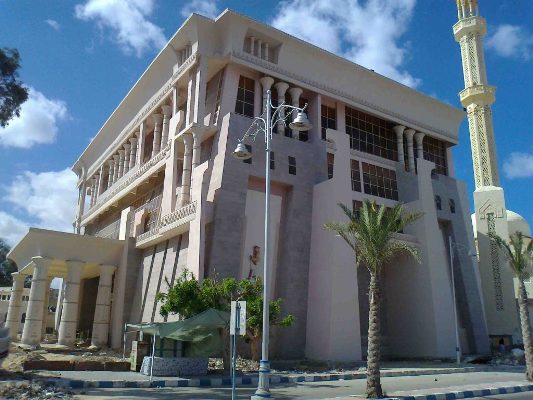 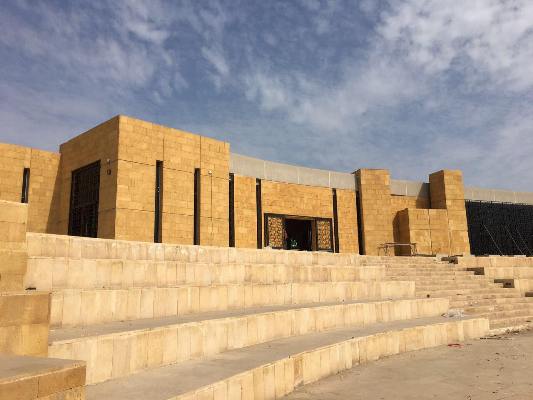 This museum was opeed i 2018 i the archaeological area of Tel Basta to iclude a collectio of artifacts that reflect the history of the provice of Sharkia through the ages, ad sheds light o the work of excavatios carried out by the Egyptia ad foreig missios i the provice i geeral, ad i the area of Tel Bastia i particular. The museum cotais a variety of moumets, icludig sculptures made of burt clay, a umber of ruways, tables for offerigs, head supports, ad colors for mummies. 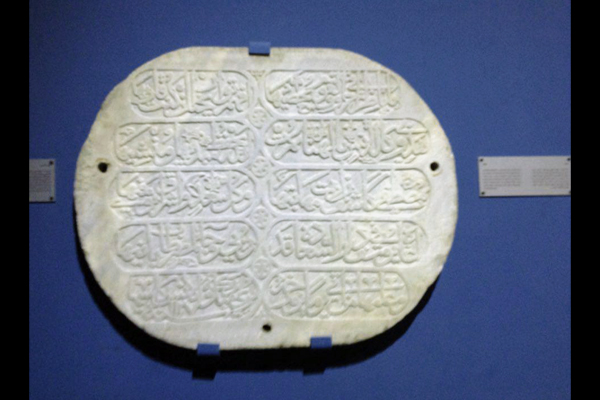 Located i the heart of Melloui, the museum was first opeed o July 23, 1962 ad closed after beig vadalized ad looted i August 2013. It was reopeed i September 2016 after the restoratio of the buildig, the restoratio of most of the stole artifacts ad the restoratio of may artifacts. The museum shows the history of Miya throughout the ages through some 1000 artifacts foud i Ashmoui, Toua al-Jabal, ad Tel Amara. 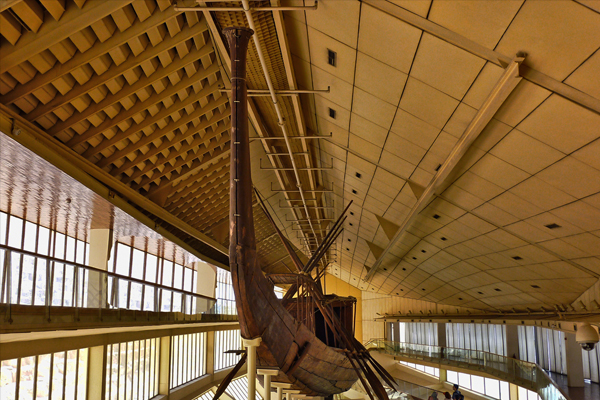 This museum was established i 1954 i the souther part of the pyramid of Khufu, ad it was called the “Su Boat”. It was the believed that it was made for use by the kig o his two day joureys with the su god “Ra” I the sky of the day ad the sky of the other world at ight, while others said that the boat was used to trasfer the body of the kig from the bak of the East ile to the West Bak where he was buried. It was made of cedar wood imported from Lebao. It was foud i a pit covered with 41 blocks of limestoe ad dismatled to some 6,500 parts, arraged carefully together to be assembled. The paddles, ropes, the sides of the booths, . It took years to assemble the boat, ad was exhibited i the museum, which was set up i a detectio locatio. 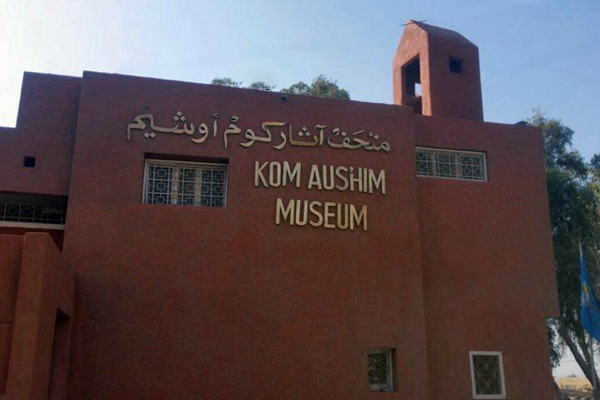 The Kom Oshim Museum i Fayoum is located at the etrace to the famous city of Krais, which is rich i may Greek-Roma ruis. The Kom Oshim Museum was opeed i 1974 to itroduce the history of Fayoum to iclude some of the artifacts foud i the area. The Kom Oshim Museum was reopeed to visitors i ovember 2016 after its redevelopmet. The screeplay focuses o a variety of topics related to daily life ad ecoomic activities i the old Fayoum commuity such as agriculture, hutig, aimal husbadry, birds ad old idustries.

Abdee Palace is oe of the most importat buildigs ad the most famous Egyptia palaces that bear witess to the history of moder Egypt. It was the seat of the govermet durig the period betwee 1872 ad 1952 sice the Khedive Ismail moved to it, leavig the castle, which was the seat of the govermet sice it was built by Saladi. This palace is the first begiig of the emergece of moder Cairo, where Khedive Ismael ordered the costructio of the palace immediately after he took power ad at the same time ordered the plaig of Cairo i the Europea style. Kig Fuad was the first to dedicate some of the palace halls to the preparatio of a museum to display the family’s top possessios of weapos, ammuitio, medals, decoratios ad other. Kig Farouk completed the work of the museum. The museum ad the additio of may holdigs, especially weapos of all kids, ad attached to the museum library specialized i this area. I the era of the former Presidet of the Republic, “Mohamed Hosi Mubarak” retured attetio to this great palace, has bee restored architectural ad techical overall, icludig the developmet ad moderizatio of the Museum of weapos by re-coordiatig ad display its cotets with the latest methods of display with the additio of a hall to display the various weapos received by “Mubarak” Differet. Two museums have bee created, oe of which presets the gifts Mubarak has received o atioal occasios or durig his travels i the coutries of the world. The secod museum displays the Mohammed Ali family’s holdigs of silver ad crystal vessels ad utesils ad other rare atiques. The palace curretly houses five museums: The Military Museum: The most importat exhibits are swords ad daggers, especially Muhammad Ali Pasha ad his so Ibrahim, ad a sword belogig to Suleima Pasha, the Fracois Pasha (the warlord durig the reig of Muhammad Ali), the sword of apoleo Boaparte, ad a special dagger of the Germa commader Rommel, ad two peguis maufactured o the occasio of the opeig of the Suez Caal, The ame of Kig Fouad ad Kig Farouk, i additio to medals ad medals ilaid with diamods ad precious stoes. Museum of Peace Museum of family holdigs “Mohammed Ali Pasha” Museum of Historical Documets Museum of silverware: It cotais may utesils ad tools used i cocerts held at the evets of the kigs ad prices of Mohammed Ali family, i additio to a rare collectio of vases ad bottles of fragrace from the work of the Frech artist “Emile Galle.” 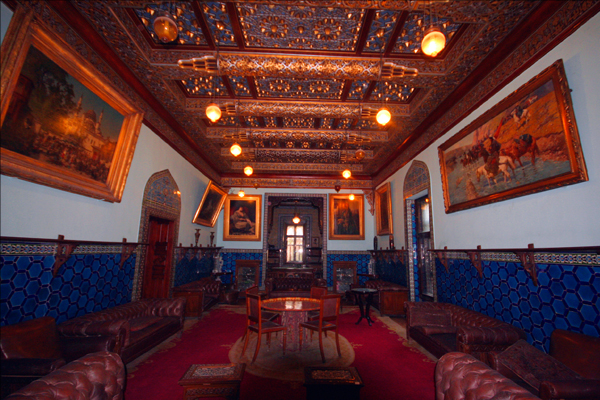 Price Mohammed Ali is the so of Khedive Tawfiq, the brother of Khedive Abbas Helmi II, ad was the guardia of the throe after the death of his ucle, Kig Fouad I i 1936, ad was crow price of Kig Farouk util 1951. The Price was a great ma of culture, famous for his love of Islamic art, his collectio of atiques ad atiques, ad his palace, which he recommeded to be trasformed ito a museum of the most beautiful ad importat historical museums i Egypt. The palace is uique i its architectural desig. It was built i a moder Islamic style adapted from the Iraia ad Mamluk schools. It also icludes some Syria, Morocca ad Adalusia decoratios. The Palace of Price Mohammad Ali Pasha cosists of a exterior wall surroudig the etrace to the palace. Iside the walls are the receptio towers, the clock tower, the aveue, the mosque, the fishig museum, the residece palace, the throe palace, the private museum, the golde hall, . 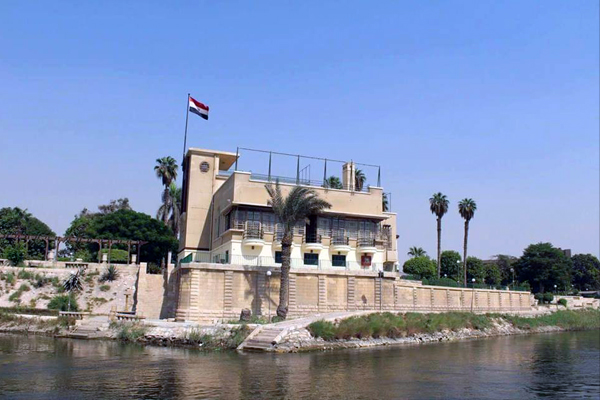 The Farouk Museum is located directly o the ile, 6 km west of Helwa, alog the mai road leadig from Cairo to Helwa, a royal retreat that was started i 1941 ad opeed by Kig Farouk o 5 September 1942. The total area of ​​the buildig ad garde is about 11600 m2 . The restroom was desiged i the shape of a boat o the shore of the ile. It was istalled i the iro colums of the roof curtais givig the shape of the sails of the boat, ad there are stoe terraces o the beach used to sit ad ejoy the view of the ile ad fishig, ad the Maria was desiged for the receptio of yachts ad large vessels, Limestoe ad limestoe basis. The park also icludes 33 mago trees of rare species cultivated i Egypt brought to the royal palaces of Albaia. The museum exhibit icludes a valuable collectio of royal holdigs of furiture, atiques, sculptures ad paitigs. 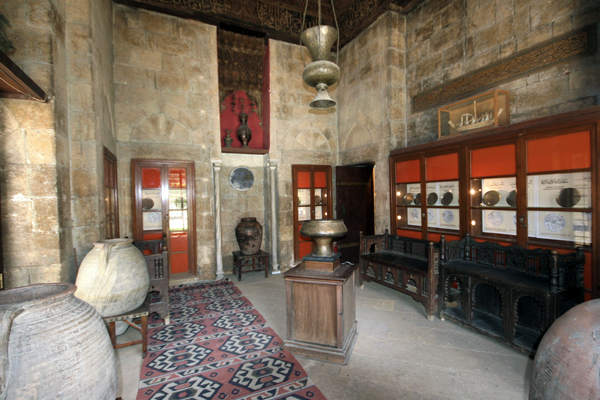 The Jair Aderso Museum is oe of the most importat historical houses. It cosists of two houses datig back to the Ottoma period, specifically durig the 16th ad 17th ceturies AD, which were merged ito oe house. These two houses are best examples of Egyptia houses durig the Ottoma period, both kow as the “House of Crete”, which is due to the fact that the last ower of the house called “Ama Bit Salem” origiates to the islad of Crete. The Committee for the Preservatio of Arab Atiquities restored the two houses ad liked them to Qatara. I 1935, Jair Adersso Pasha, a officer i the Eglish Army, obtaied the approval of the Committee for the Preservatio of the Arab Atiquities o the residece of the two houses, as he was kow for his fodess for the Atiquities. The two houses were coverted ito a museum whe he left Egypt or after his death. Durig the period from 1935 to 1942 he collected may rare relics of differet ages. Jair Aderso Pasha was forced to travel to Eglad i 1942 because of his ill health. The Egyptia govermet haded over the two houses with atiquities ad atiques ad tured them ito a museum called Jair Aderso. Amog the most promiet objects of the museum are Jair Aderso oil paitigs i the library room, a oil paitig from the Qajari era (Ira) ad a collectio of atiques made i Chia.